In the next section, Jason will walk you through some different variations of high directionals and systems and go over how to manage a high directional. But first, let’s review some of the basic concepts starting with a term you’re going to hear a whole bunch: resultant. Resultant is a very important term when you work with a high directional.

We don’t need to worry about the magnitude or the amount of force in our resultant, we just worry about direction. We want the direction — that resulting vector — adding these two forces together to fall somewhere within the footprint of our frame or our pod. This keeps this compression pulling down and stable. In any system with just a single pulley through the head, we can always visualize that resultant is this line through the center of the pulley. 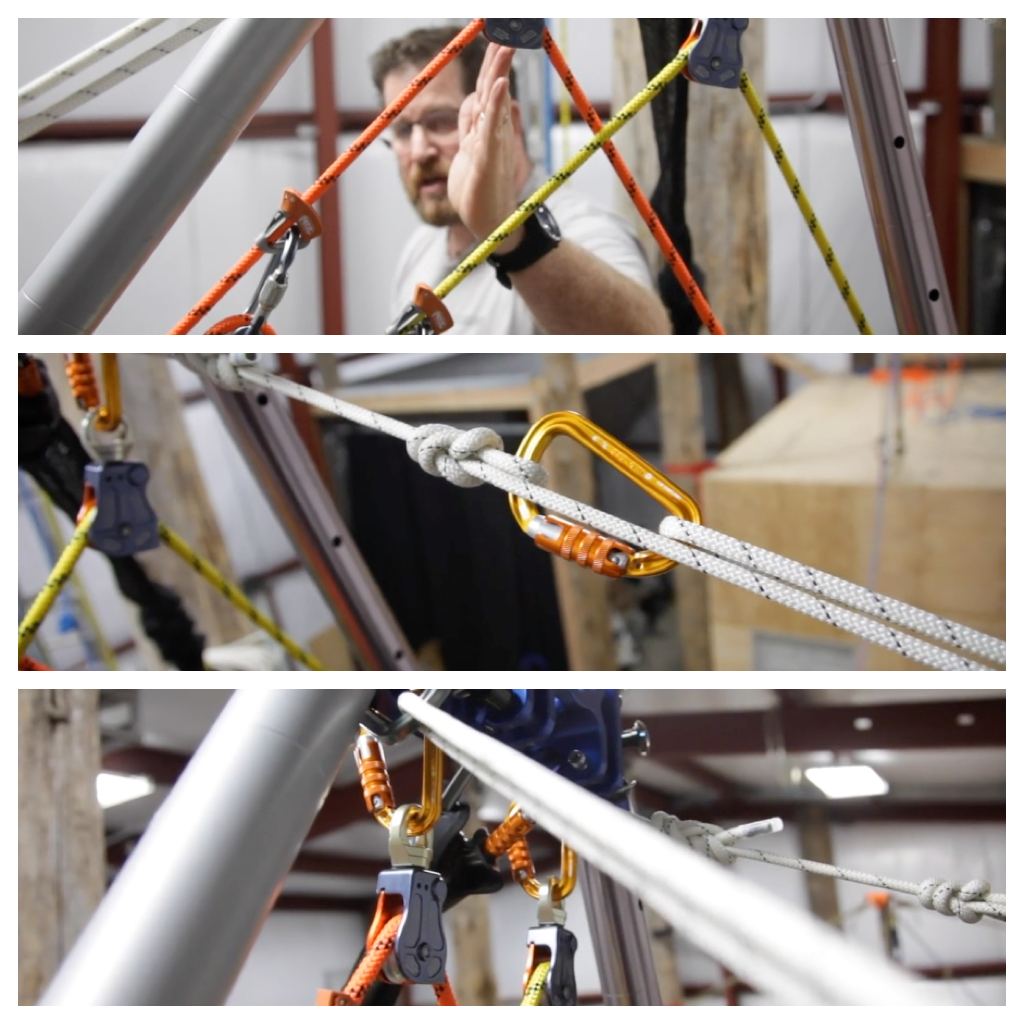 We’ve used a Petzl Jag which is a set of 4s and an overall really really simple system. When you pull on it, it adds tension. On the other side, we’re using what’s called a voodoo or a transport hitch. This is just a self-adjusting tensioning system. On the back side, we used a very common non-working 3:1 and dog tied it off.