Anchors are the foundation on which we build our rescue systems. Rescuers must quickly decide on an appropriate anchor system for a given rescue situation. Usually, anchors need to be in place before other aspects of the rescue can proceed. Determining where anchors should be built and beginning their construction early are critical steps in timely rescue operations. Here’s a quick review of anchors and related keywords we’ll cover throughout this course:

Anchor
An Anchor is a general term for the combination of everything combined. Single connection point (e.g. tree, boulder, camming device, etc.).

Anchor Point
An Anchor Point is a single object or component used either alone or in combination with others to create an anchor system capable of withstanding a significant force.

Deviation
Redirects the natural fall line of the rope on the rock face. A deviation point may or may not to be subjected to the same force as the primary rig point.

Directional
Rigging technique to change the natural line of a rope with a carabiner or pulley attached to an alternative anchor.

Focal Point
A location, floating or fixed, where all rigging is directed for anchor points. This concept disciplines rescuers to construct rigging which joins together at an efficient point, rather than unwittingly resorting to wherever the knot that joins all anchor points ends up due to the length of material used; the latter can result in an awkward spot to manage rope handling tasks. 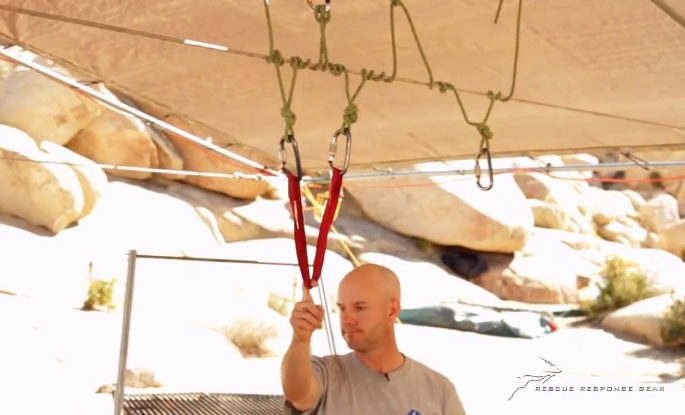 We will always try to engineer our anchor systems with housekeeping in mind. Though a single “bombproof” anchor may be strong enough to support an entire rescue system, including multiple load-bearing lines, we may still build a second anchor for convenience and cleanliness and to allow more workspace for rescuers. Rescue systems are often more efficient and easier to operate with redundant load-bearing lines rigged on separate anchors.

ERNEST – The ubiquitous acronym used for deciding, determining, and evaluating an anchor system.

E – Equalized
In a system with multiple anchor points or multiple strands of anchor material, the various components of the anchor system should bear roughly equal parts of the load. Self-equalization is not required. Pre-equalize the anchor for the anticipated direction of pull.

R – Redundant
Failure of any one component of an anchor system should not lead to complete anchor failure. For example, construct the anchor system so that if one strand of software is severed, at least one additional strand capable of supporting the load will remain intact.

T – Timely
Balance the need for strong anchors with the need to reach your patient as quickly as possible. Simpler is usually better.

Anchor strength is dependent on object material.  Use superior judgment as to whether or not the material, be it steel, wood, rock, live material like trees and or shrubs is appropriate.

Ultimately a team or individual will developed their “go-to” point anchors.  There are literally hundreds of options, but the 20-80 (20% of anchor options will succeed in 80% of the rigging requirements).  Here are a few of the many options we’ll go through. 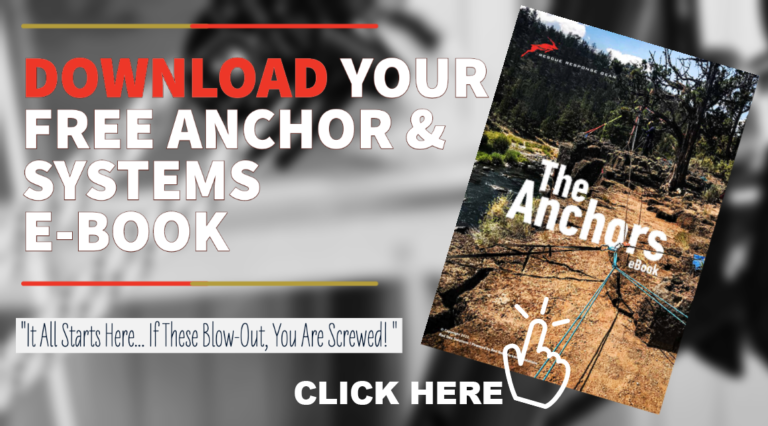