A two rope off system is essentially a system of two two rope systems that are working in a complementary fashion to move a load down one side of a gap across laterally or horizontally, across the bottom of a gap and then up the other side.

The difference between a two rope offset system and a highline system is there’s much lower tensions involved. Only the amount of tension required to keep the load off of the terrain and moving down and then across and then back up the other side of the terrain, only that amount of tension is required. We’re not trying to span any gaps by keeping the load elevated above the gap itself.

We basically have is a two rope system, whether that’s the two tension rope system or a traditional loaded main and unloaded belay system for lowering the load down one side of the gap.

The way the  two ropes system will work together is as a load is lowered down one side of the gap, it’s going to be hauled up on the other side of the gap. If for instance, our load started here on this ledge, the black circle is just to symbolize whatever the two rope system is that we’re working. Again, it could be a two tension rope system working through two super munters or two MPDs or it could be a loaded main working through a break bar rack and an unloaded belay within a tandem prusik setup.

The team that’s working here on this ledge (Ledge 1), they’ve got a lowering system in place. They lower the load down. The team over here on this ledge, they have a haul system in place. They begin by hauling the load out from the face of the side of the canyon. When the load gets to the bottom of the canyon, the the team over here starts to haul. They haul the load across the canyon up to the other side, and then it starts to look like a more traditional just vertical haul. 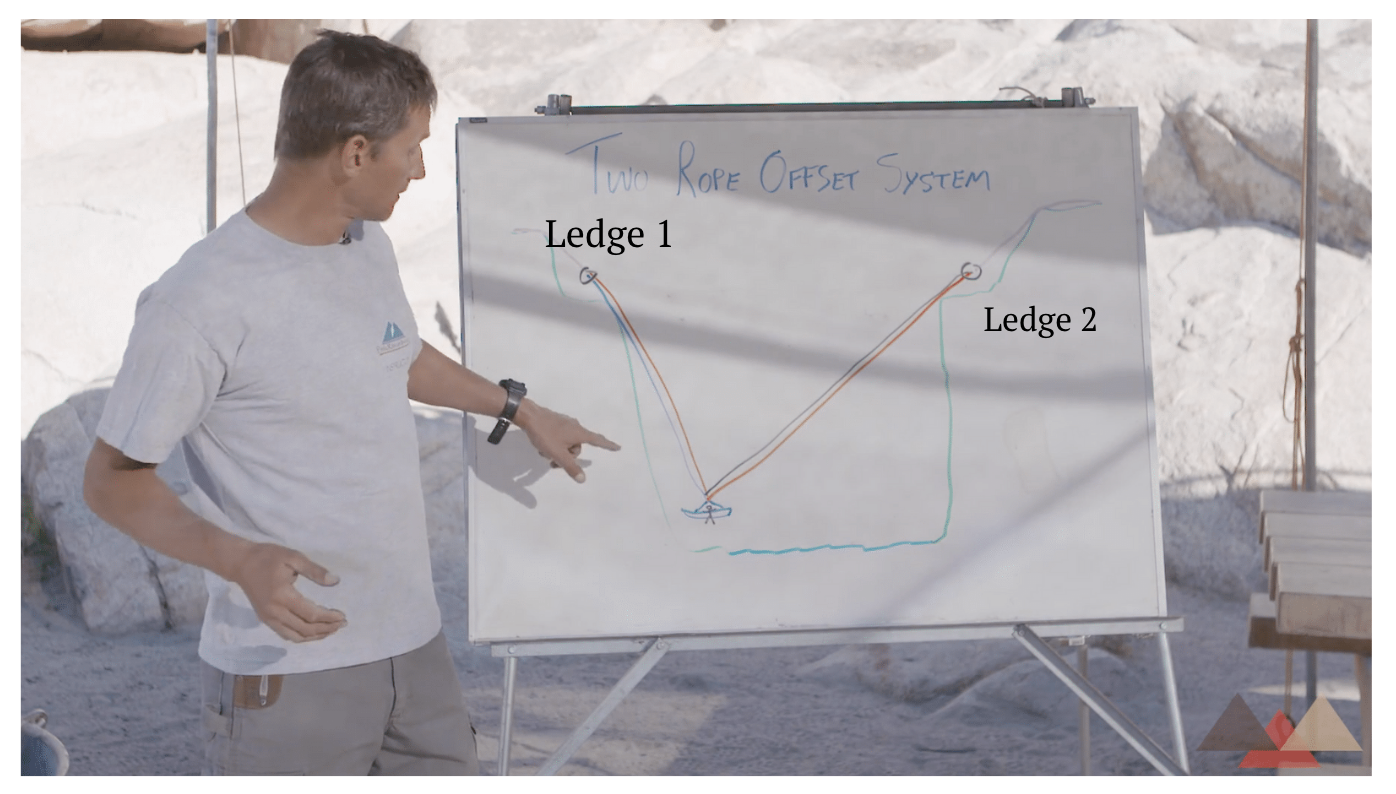 With the team over here (Ledge 2) continuing to just apply enough tension to the load to keep it off the face over here. The key with the two rope offset is you always want to keep the load as close to the terrain as possible. We’re not looking to fly the load across the canyon. We just want to keep it off the terrain. We have water at the bottom, for instance, just keep it above the water and then keep the load just off the other side of the canyon. 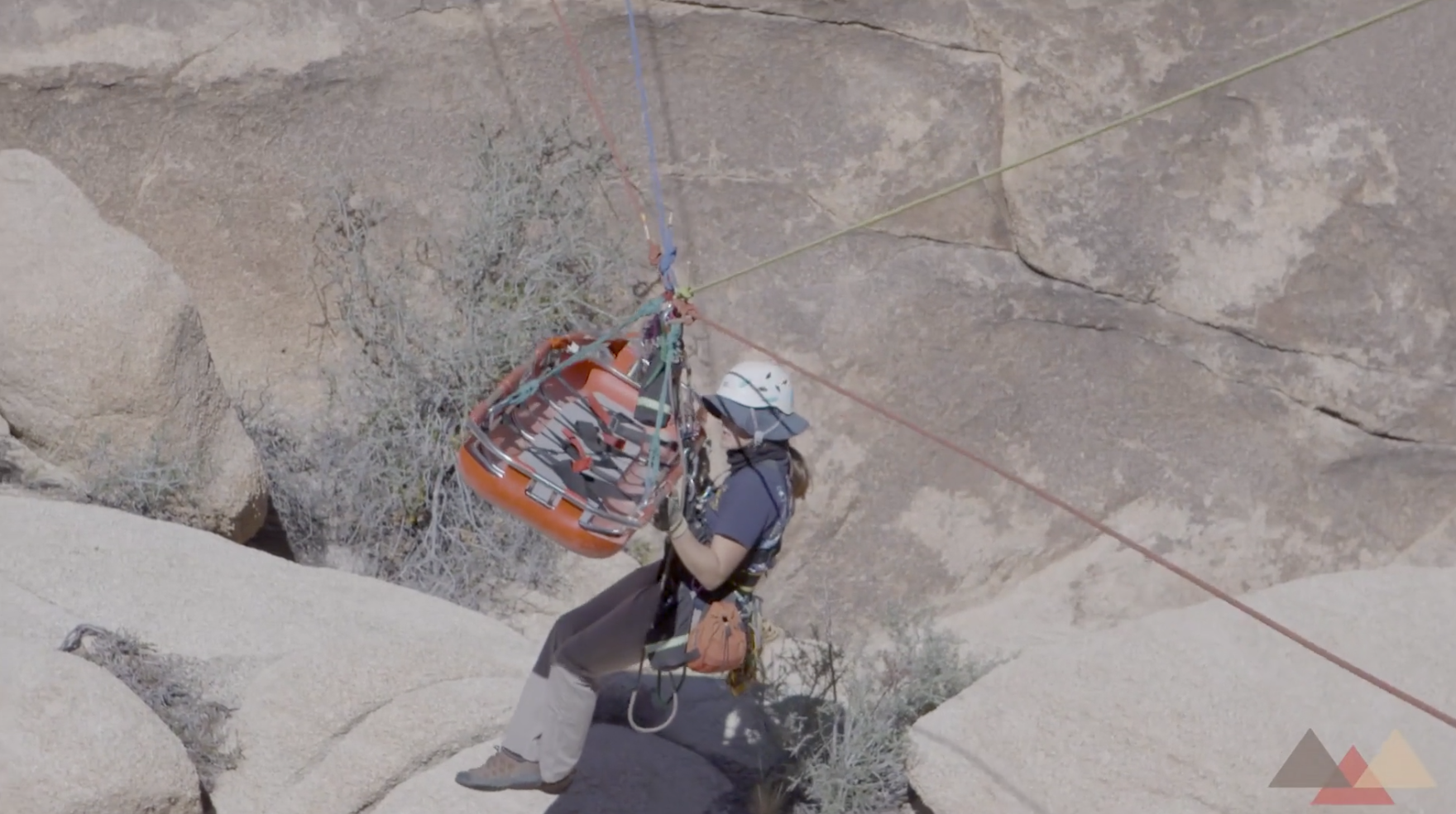 The benefit of doing this is that we avoid introducing the high amounts of tension that are associated with high line systems. You’ll notice here the angle that the two lines form at the litter, is an acute angle. We’re not approaching at 120 degree magic angle that we shoot for with highline systems. It tends to stay a much tighter angle throughout the evolution.

Communication is going to be really important in this because there needs to be a lot of coordination between the two teams. The objective, again, is to keep the load just off the terrain. We’re not trying to fly the road across like we would with a high line and the benefit of this is that we’re going to have much lower tensions involved and this could be a much safer system to operate.

Peace on your Days
Lance