Globally, falling kills close to 2 million people a year and in the U.S. and over 500 people a year die in occupational related accidents.

Fall prevention is about not falling, while on a loaded line in the fall zone. The fall prevention system keeps you from falling, when you are at the edge or are over the edge. It never takes your full body weight. This system is considered the secondary system in most circumstances (when two ropes are in play). If one rope is in play, then obviously it would be a primary attachment. OSHA and other regulatory bodies, consider standing as a primary point of contact (when there is no risk of fall off of something).

Up until now, we’ve talked about fall protection and ways to not get near the edge, restraint systems, and now, we’re gonna start to talk about ways that you can work at or near an edge where you’re loading a system and potentially working over the edge. So, we’re at fall prevention.

And what fall prevention is, it’s working a loaded line in the fall zone where you actually may be hanging, you may be standing on a ledge, but you’re preventing gravity from taking over and you going to the bottom of the rope.

So, in fall prevention, you’re looking at two points of attachment on the rope. Both at or above the waist on you, independent attachments to the rope, and you’re either going over the edge or you’re prepared to be over the edge. And the difference between this and what we’ll get into next, which is work positioning, is that the rope is not taking your load. It may be taught and loaded, but it’s not carrying your full mass and your full weight.

So you can be over the edge, standing on a small rock ledge, you could be on [inaudible 00:01:13]. You’re on some other system that’s holding you, and this is the secondary keeping you from falling. So, a few ways to rig it. Very common are two purcell-prusiks to the harness, triple wrap prusiks on the host rope. These are great because you can adjust and keep them both tensioned.

Hidden Content
Another way to do it could be one prusik in your QAS. And something to remember with ascenders and mechanical devices: You don’t want to load them laterally. So, if you’re working across the edge, you don’t want your ascender to be able to cam off the rope.

A little trick from the arborist world is to take a carabiner at the base and attach that to the rope, and that will then pull the role down in line with your ascender if it moves. Little handy.

The last thing to consider, now that we’re working over the edge is edge-protection. It hasn’t really be an issue up to this point, but if we’re working over the edge, there we go, we could be moving side to side on that ledge, sawing, we could be moving up and down, especially if we’re working our way up or down the rope. So there’s a lot of dynamic movement on this edge, so we’re gonna want to have some form of protection here, multiple layer of canvas, rope-trackers, egg crates. Any sort of hard device that keeps this rope from working that edge repeatedly in the same spot.

So, fall prevention. Two points of attachment, both to the harness, loaded system, in the fall zone. 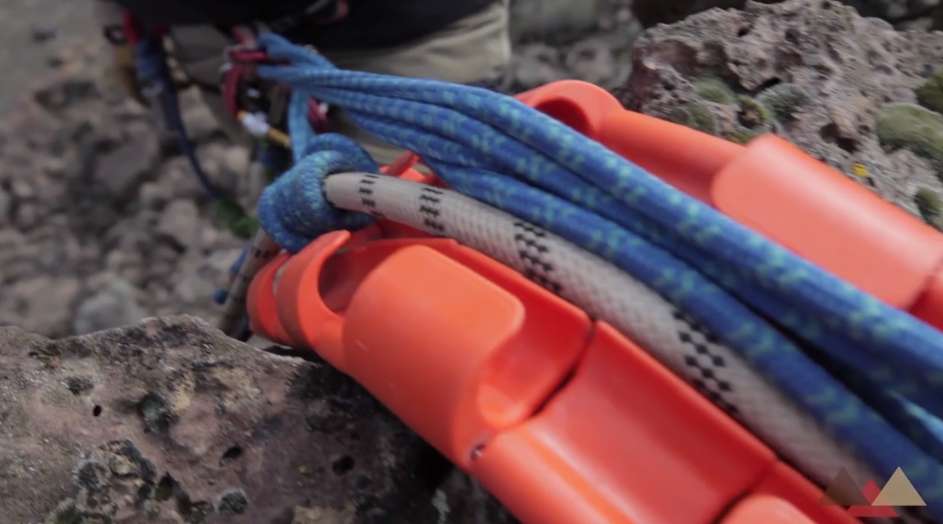 Differences Between the Two:

Basic ways to attach to host rope (all independent systems): 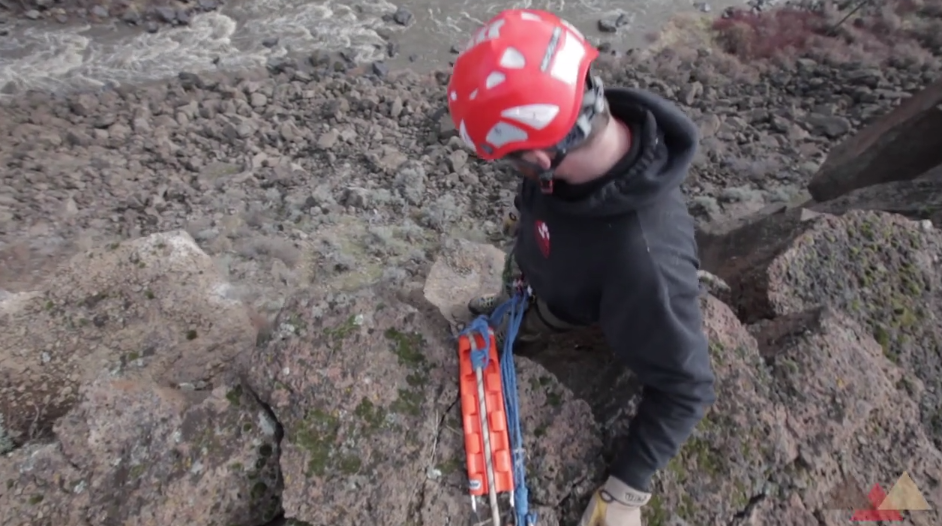 Whether up and down or side to side, there is normally lots of dynamic movement possible in any given raise and or lower system. Protecting the edge is more than just essential. The rope is the lifeline, so always protect the rope. Whether main line, belay line or safety line, abrasion from sharp edges spell disaster and can really spoil someone’s day.

4 Things To Remember with Edge Protection:

Edge protection is normally accomplished through edge pads. Heavy, often a cotton canvas based material, is perfect for keeping sharp edges and dirt away from the rope and system. Make sure the material is tied off enough so it doesn’t move out and or away from the intended placement. Choice of lanyard end carabiner for a fall arrest lanyard

Choice of carabiner for the ZIGZAG

Hurry Up, before this offer expires!